When I was around eight years old, my parents bought me a 300-in-one Electronic Projects Lab (which you can still buy!).

I spent every single free moment learning how to read schematics, figuring out what electronic components did (I may have exploded a few capacitors along the way), and I eventually even began designing my circuits. My favorite project that summer was building an AM transmitter. I spent a solid week tinkering with it just to see how high I could increase the broadcast wattage without burning it up (or having the FCC show up at my parents’ house!)

A couple of years later, my dad brought home our first computer. It was a Laser 128 (which was essentially an Apple II clone). Y’all…my older brother and I thought we had arrived! Within a couple of months, both of us had started learning BASIC and began writing some simple programs. Coupled with my fascination with electronics, that gigantic, floppy disk-driven computer had now unlocked an entirely new world for me! Now, I understand the interactions between hardware and software. I was hooked. I spent the next eight years through high school and college working with computers, developing software, and working with anything that had wires and could be connected.

Fast forward about ten years when I took my first role as an IT Director. It was a multi-site organization with over 100 team members and massive network infrastructure for its seemingly small size. I was SO excited. I felt like it was finally the culmination of everything my eight-year-old self loved! Computer systems? YES! Networking? YES! All things technology in general? YES!!

After about three weeks in the role, I was freaking out.  See, I had been hired as a web developer a year prior, but since I had some leadership experience and a diverse background working with technology, they asked me to apply for the position when it opened.  At first, it was awesome. I LOVED learning more about multi-site networks, SANs, and how to manage vCenter clusters.

But then…Then the imposter syndrome began to set in.

Suddenly, I felt like a kid staring at a schematic sheet trying to figure out how to read the color coding on resistors. The issue now, however, was the pressure of this being my job hanging over my head.

I felt like every day I would uncover new systems and new technologies with which I had no previous experience. I realized I had two choices: 1) push through the imposter syndrome and be willing to seek help and learn the things I didn’t know, or 2) pull the rip cord and go back to writing code.

Thankfully, I decided to keep going.  I found every resource I could and learned as quickly as possible. And after about a year and a half, I finally felt like I was winning. It was difficult, but I’m so glad I pushed through!

Now, what I wish I had in that first year was a seasoned IT or engineering leader I could have consulted with to help me know what I didn’t know. Yes, I found my own way, but it didn’t come without some bruises along the way to get there. I often imagine how much better I could have led and how effective our technology strategies could have been if I could leverage someone else’s expertise to grow my own.

Now, more than a decade later (with much more experience under my belt!) I often think about what it felt like when I was that new IT leader trying to figure things out. That’s what makes me want to leverage the experiences and the bruises I’ve collected along the way to help other new tech leaders or organizations solve the technology, strategy, or leadership challenges they’re facing.

In my new role as VP of Advisory Services at Provisions Group, I see myself as an enabler—someone who gets to help other organizations uncover the technologies and strategies needed to serve their teams and customers as best and efficiently as possible.  So, whether you need strategic technology guidance, fractional product engineering leadership, a coach for new tech leaders, or just someone to help you uncover the things you don’t know you don’t know as a new tech leader, our team has the depth of expertise and broad experiences needed to help you solve the technology challenges you’re up against. Provisions Group was honored to sponsor and attend the final session of Telehealth Academy’s 2022 sessions, presented by The Entrepreneur Center, and Eric Thraikill, who was recently announced as our new Healthcare Technology and Strategy Senior Advisor. Our Healthcare IT team leadership was in attendance during the event to discuss the future of Healthcare IT and how telehealth will change the landscape of the industry for years to come. 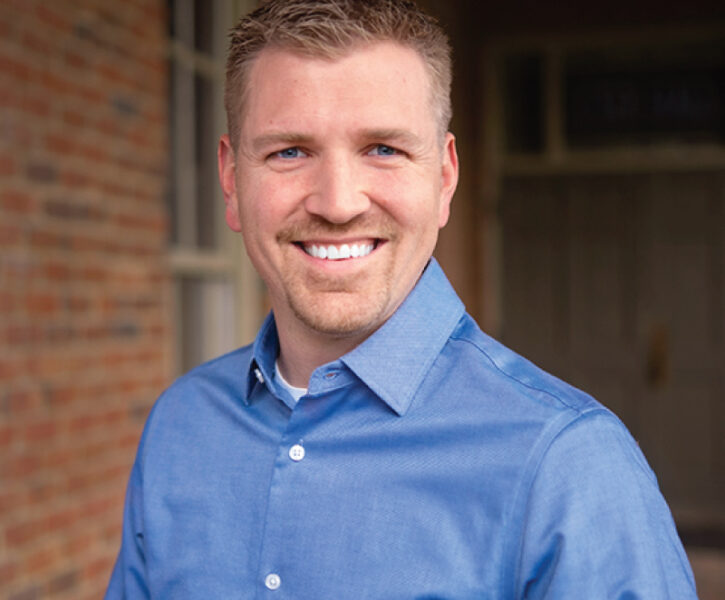 Provisions Group is proud to announce the promotion of John Peitzman to Director of Recruiting, a role he will share with Scott Dickson. His talent, arduous work, and dedication to recruiting in the IT sector have paid off. Today, we will dive into John’s life behind the scenes. Provisions Group is proud to announce the promotion of Scott Dickson to Director of Recruiting, a role he will share with John Peitzman. Scott's dedication to recruiting, his talent for job placement, and his hard work has paid off with this new and exciting promotion. Let’s get to know Scott both in and out of the office! Provisions Group, a Franklin-based IT Firm with a strong focus on healthcare IT has brought on Eric Thraikill, one of Nashville’s most respected healthcare industry executives, as a Healthcare Technology and Strategy Senior Advisor. Our economy is changing, and we want to make sure you’re up to speed on current employment trends taking shape for 2023. Let’s discuss! Insight Powered will become a standalone division of Provisions Group and will continue to focus on Salesforce implementation services, health assessments, and quick-start programs for Salesforce solutions.